The Sweet Tooth to Success 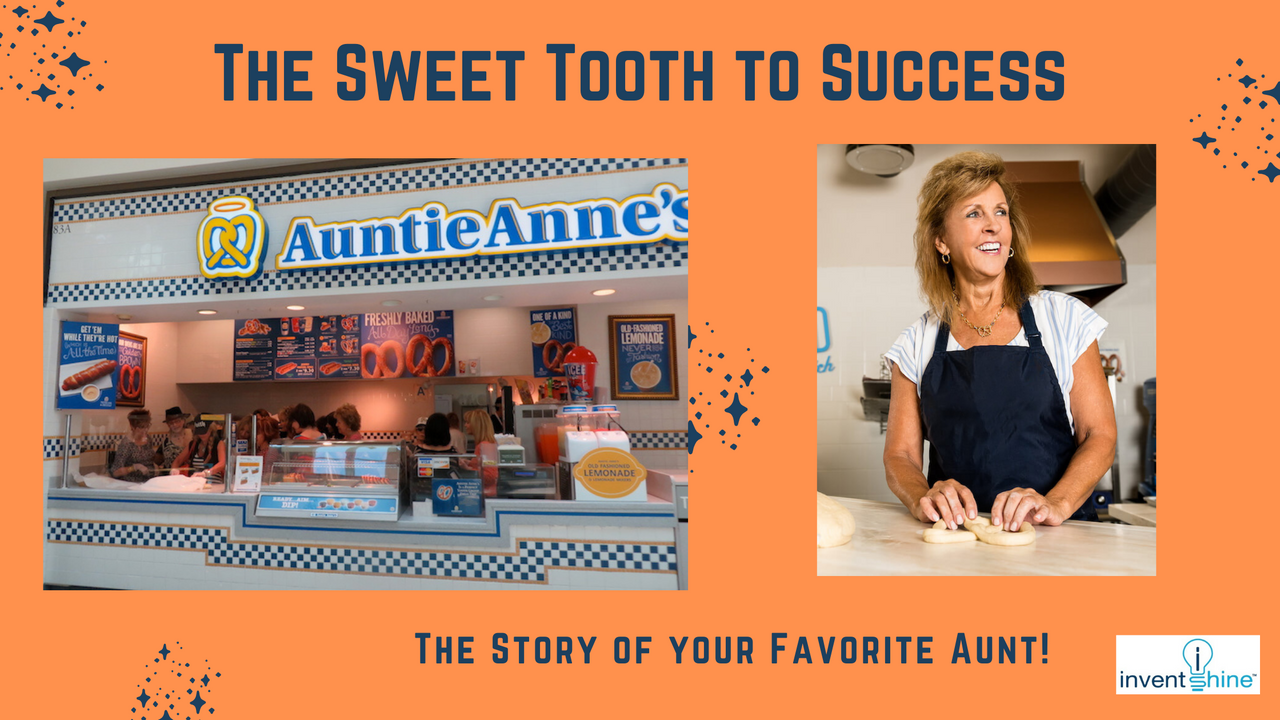 Do you recognize the logo on this cup? 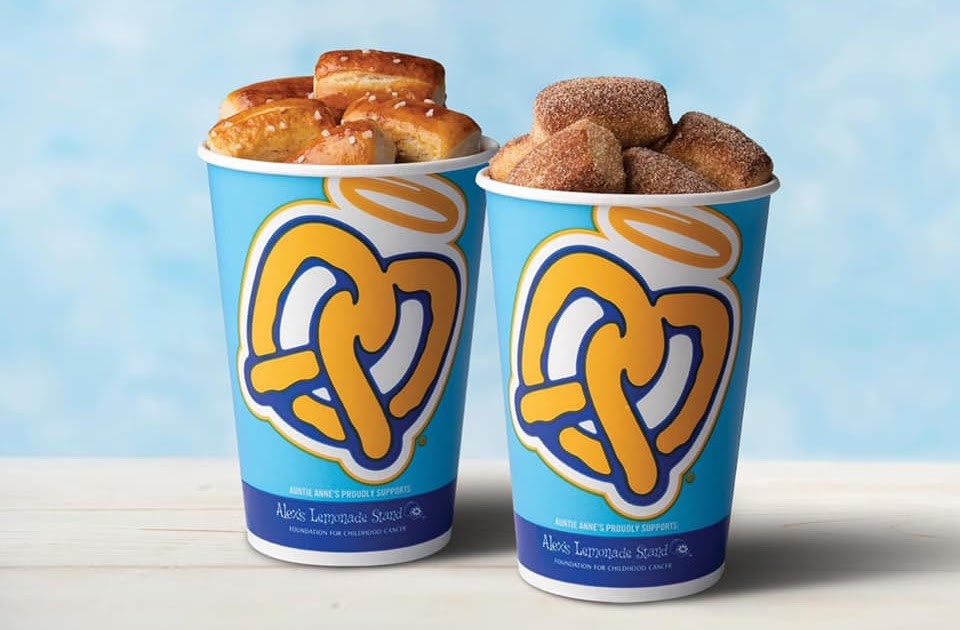 If you guessed "Auntie Anne's Pretzels", then you are CORRECT!

Let me ask you another question: have you ever noticed there is a "halo" over the pretzel in the logo? Until a few weeks ago, I had not.

At that time, a friend asked me to co-lead a Bible study with her based on a curriculum by a woman named, Anne Beiler.

When I began to read the manual, and the author's story, I realized this woman was actually the founder of "Auntie Anne's Pretzels"!

I must admit, I had never given much thought to the pretzel company, except for the extremely tempting aroma of butter and sugar when visiting a mall, especially back in the late 90's and early 2000's.

And I definitely had no idea that the founder was a "believer". 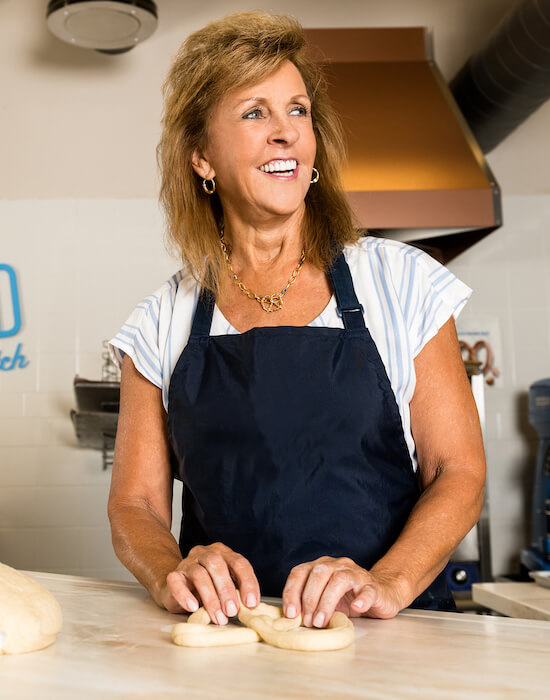 It's believed that an Italian monk created the first pretzel sometime in the seventh century A.D.  He twisted scraps of dough to resemble arms folded in prayer and would give them to his students.

The Germans (approx. 1,000 years later) brought the pretzel to America, settling in Pennsylvania. This is where Anne grew up in an Amish family in Lancaster County.

According to the Auntie Anne's website:     "Anne Beiler started baking pretzels to help fund her husband’s desire to provide free family counseling services for their community. He ultimately realized his dream and opened a counseling center."

Like many other successful entrepreneurs, Anne didn't find "instant" success. Usually, there is a learning curve!

When Anne opened her first food stall at a farmers market, the first pretzels they sold were NOT "hot" sellers (pun intended!).    -This fact, coupled with delivery and supplier problems, had her looking to other recipes and pretzel experimentation (yummmmm!).

Eventually, with a few extra ingredients suggested by husband, Jonas, Anne came up with a softer, sweeter winner.

Pretzel sales quadrupled within a few months and another key to success was the entertaining presentation of rolling them in front of her customers.

You can probably guess the rest of the story: Founded in 1988, Auntie Anne's has become the largest pretzel company in the world (currently, in addition to their many US stores, they have over 600 stores internationally). 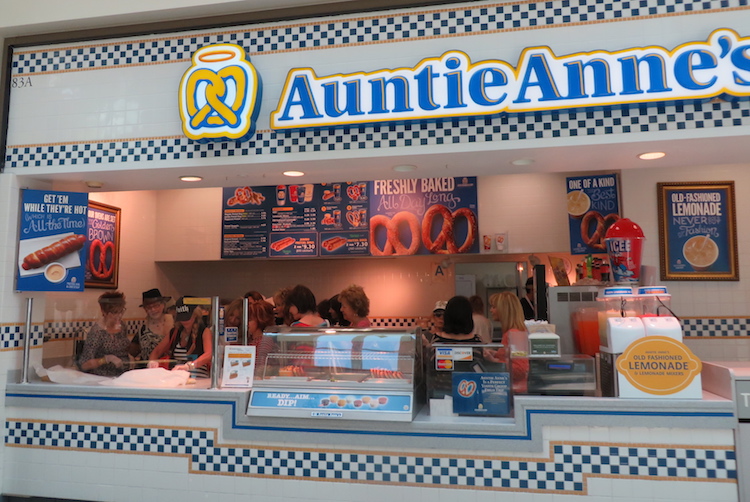 Actually, there is much more to Anne's story (you should look it up).She had many personal obstacles to overcome, including abuse and the loss of a young child. However....

Anne didn't let any obstacle hold her back!

Anne set goals for the stores/company, made a choice to give back to the community (especially to children's hospitals) and pursued the business opportunity she was given.

I am confident that no matter what obstacles you may be facing, God is able to bring your through.

God will guide you and help you OVERCOME so that you can fulfill His purpose for your life (and the lives of others)...